We produce quality kitchen design in East Linton and throughout East Lothian. Read our case study on how we transformed our customers family kitchen.

East Linton is lovely small village in East Lothian, Scotland. The village is situated on the River Tyne and is 5 miles east of the town of Haddington. East Linton was originally called “Linton”, the village is said to gets its name from the waterfall called Linn on the river which it grew alongside. It was later renamed “East Linton” to distinguish it from West Linton which is well out of East Lothian and is actually in Peeblesshire. Our customer was looking for trusted company for Kitchen Design in East Linton. Having done work in the past for a family member, also based in East Lothian, Cloud 9 Installs were promptly put forward.

The property in East Linton is a nice property with a large extended kitchen which was in need of renovation. Our kitchen designer worked with our clients putting together 3D kitchen design drawings, producing a modern, stylish kitchen. The modern kitchen was designed with open breakfast and dining area with a kitchen island, making use of the space available.

Generally, the first step of any project is to strip out the existing kitchen and dispose of it. As it turned out our client took it upon themselves to do this task. Our first day on the job we had a bare room, ready for us to get straight onto the kitchen build. The kitchen cabinet doors were all solid wood with frame painting. All the work tops were made from stone. As with all kitchen installations we take we took care of all aspects including, flooring, gas, electrics and lighting.

If you are like our client and are looking for kitchen design in East Linton just us a call for a no obligation quote. Check out our reviews on Facebook, we cover the whole of East Lothian and Central Scotland. 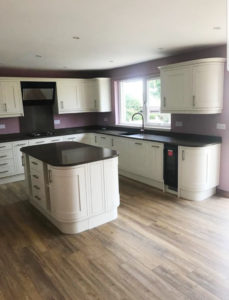 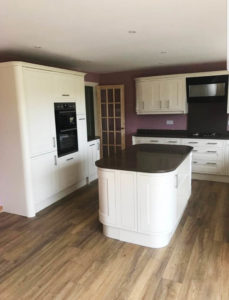 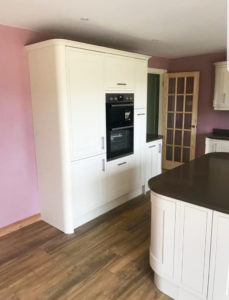 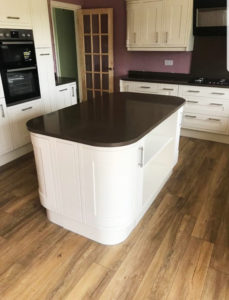 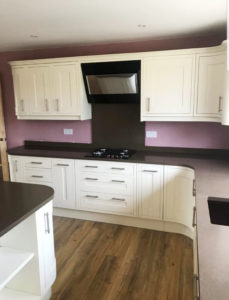 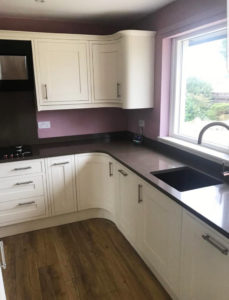 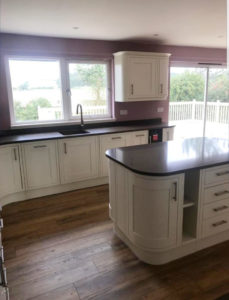 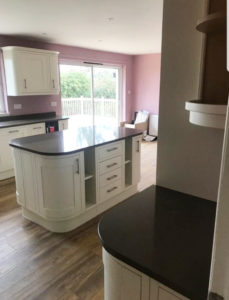 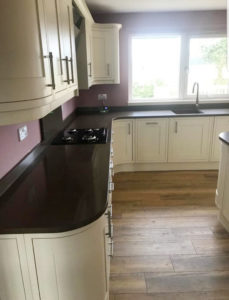 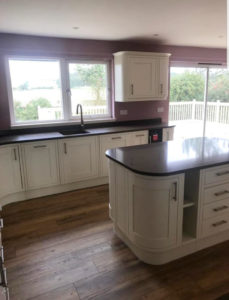 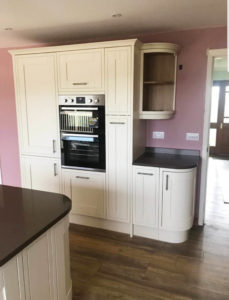 Keep in up to date with the projects we are working and see what we are getting up by following on social media.

Cloud 9 Installs are kitchen, bathroom and bedroom design experts. We also have an experienced team that can plan your dream room and then install it for you. We are based in Musselburgh and cover East Lothian and Central Scotland. We are hugely experienced in the market and love what we do from start to finish.